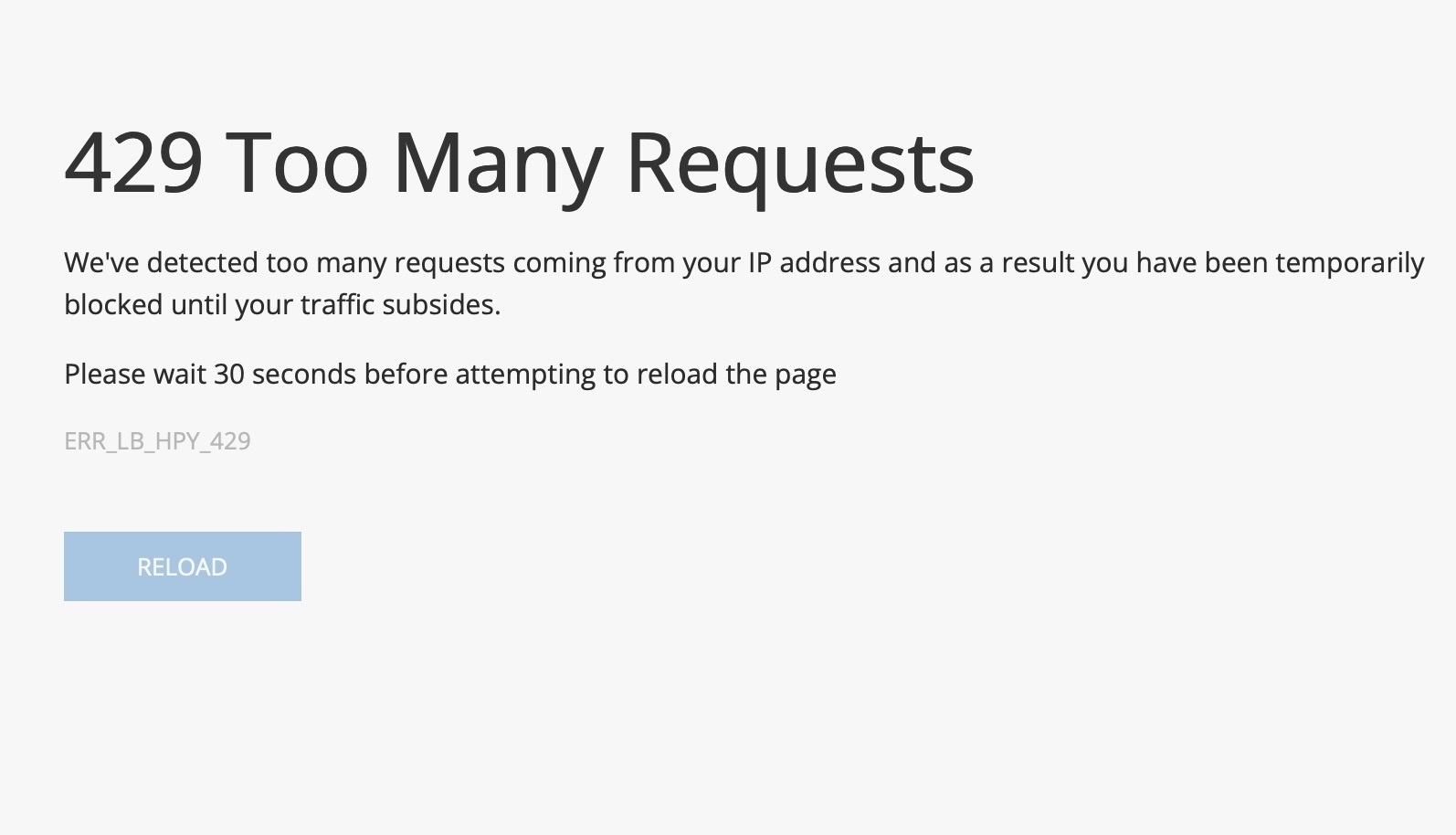 Been a long day in London today but great to see some colleagues, have lunch with the boss and join @geekyjames for a quick pint. Extra pleased we made it to The Harp for a Darkstar Hop Head 🍻👌 Looking forward to getting home now though. 👨‍👩‍👧 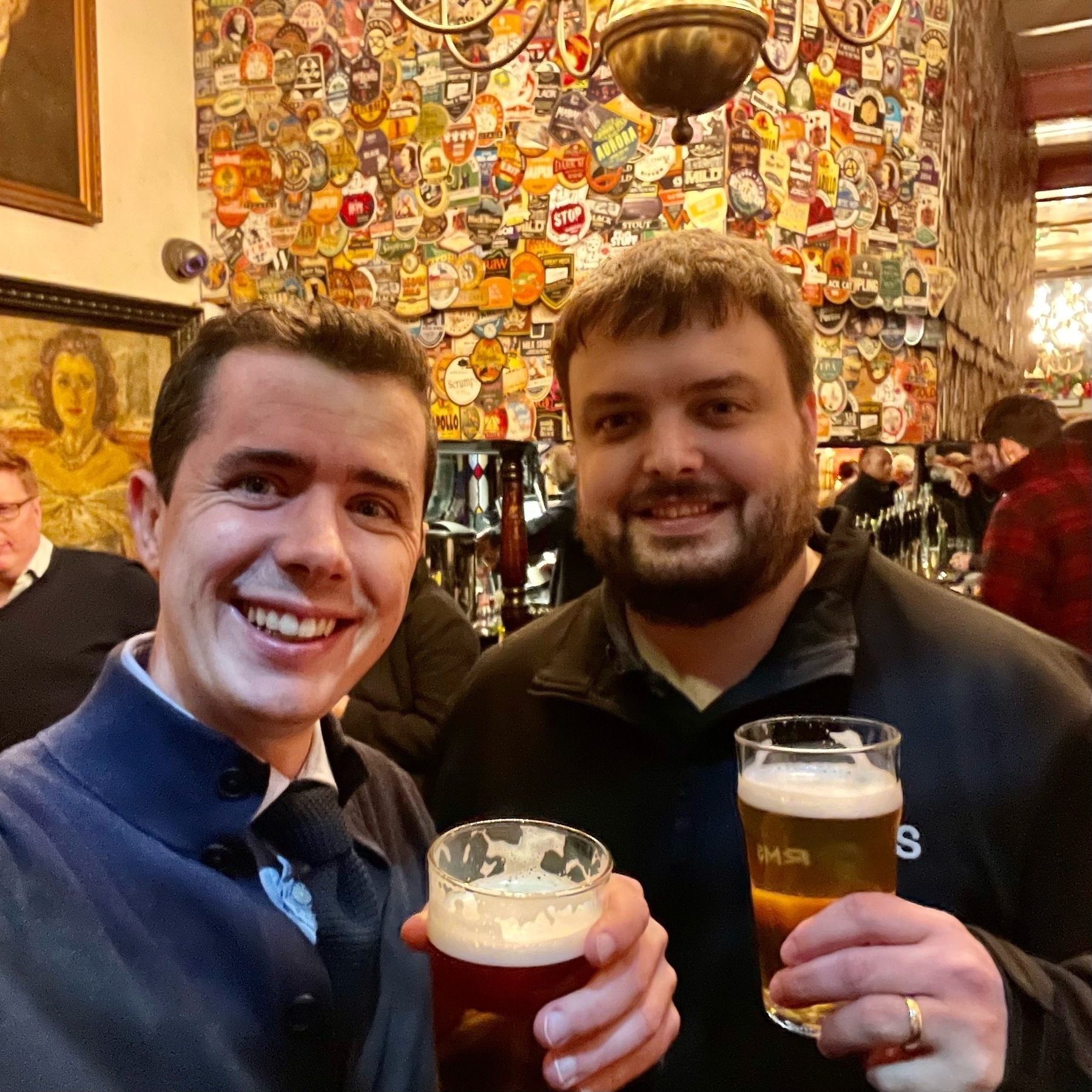 WiFi 6 in the office now… Very nice indeed! Certainly beats Starlink, although we might need to upgrade the Gigabit connection in the office to something a bit more substantial. 😂 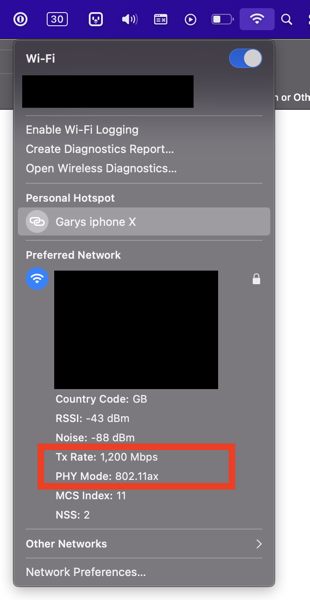 Right, best get back to the office then. Wish me luck. 😷 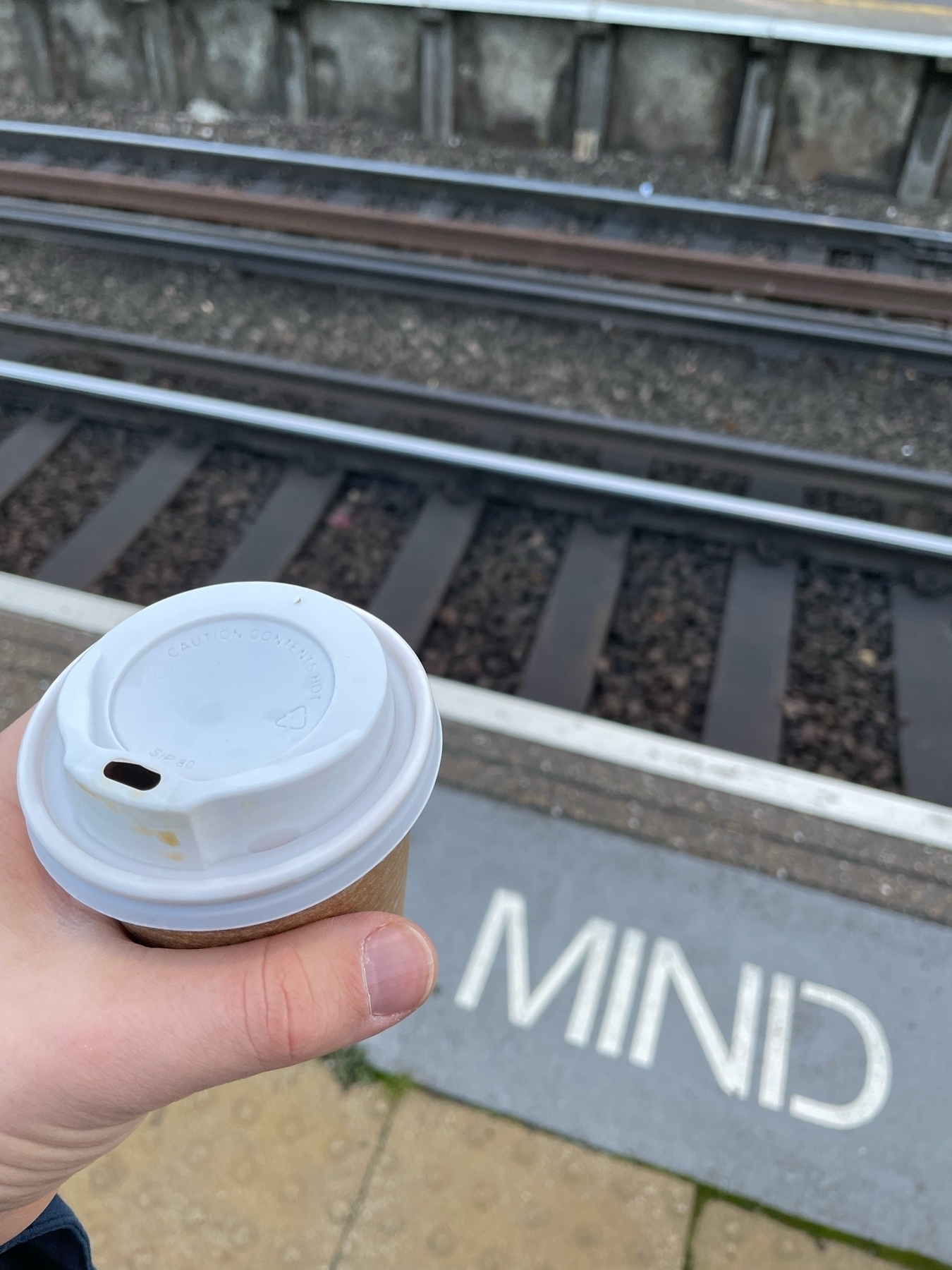 Haven’t shared too much about our new arrival yet. Been trying to make the most of everything, the past three weeks have been a dream (a very tiring dream!). Absolutely adore our little girl though, especially love Daddy/Daughter evening TV time! ☺️💖 More new toys. This was an expensive lump of metal. Came with a nice Dishy protective cover though 👏 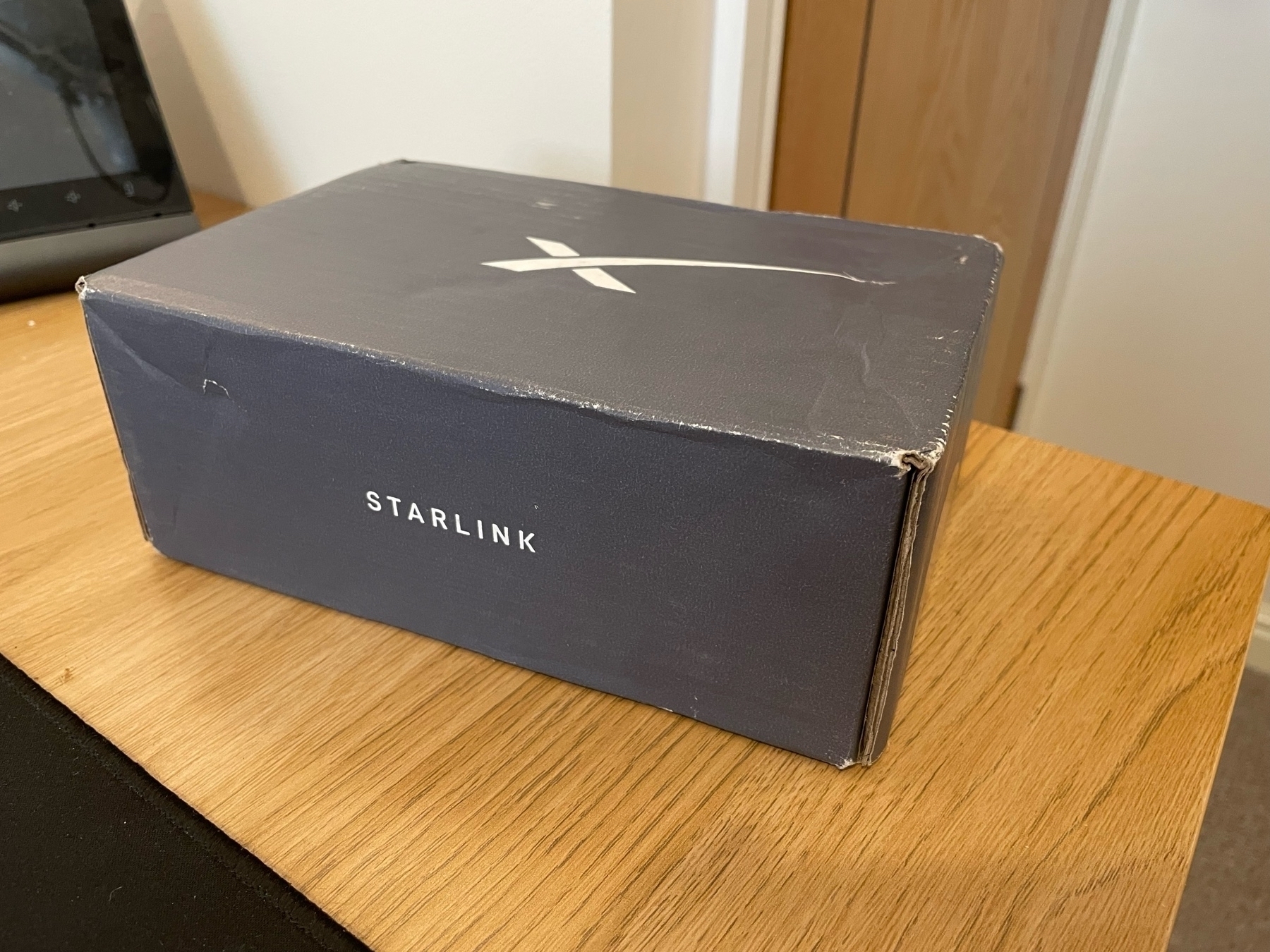 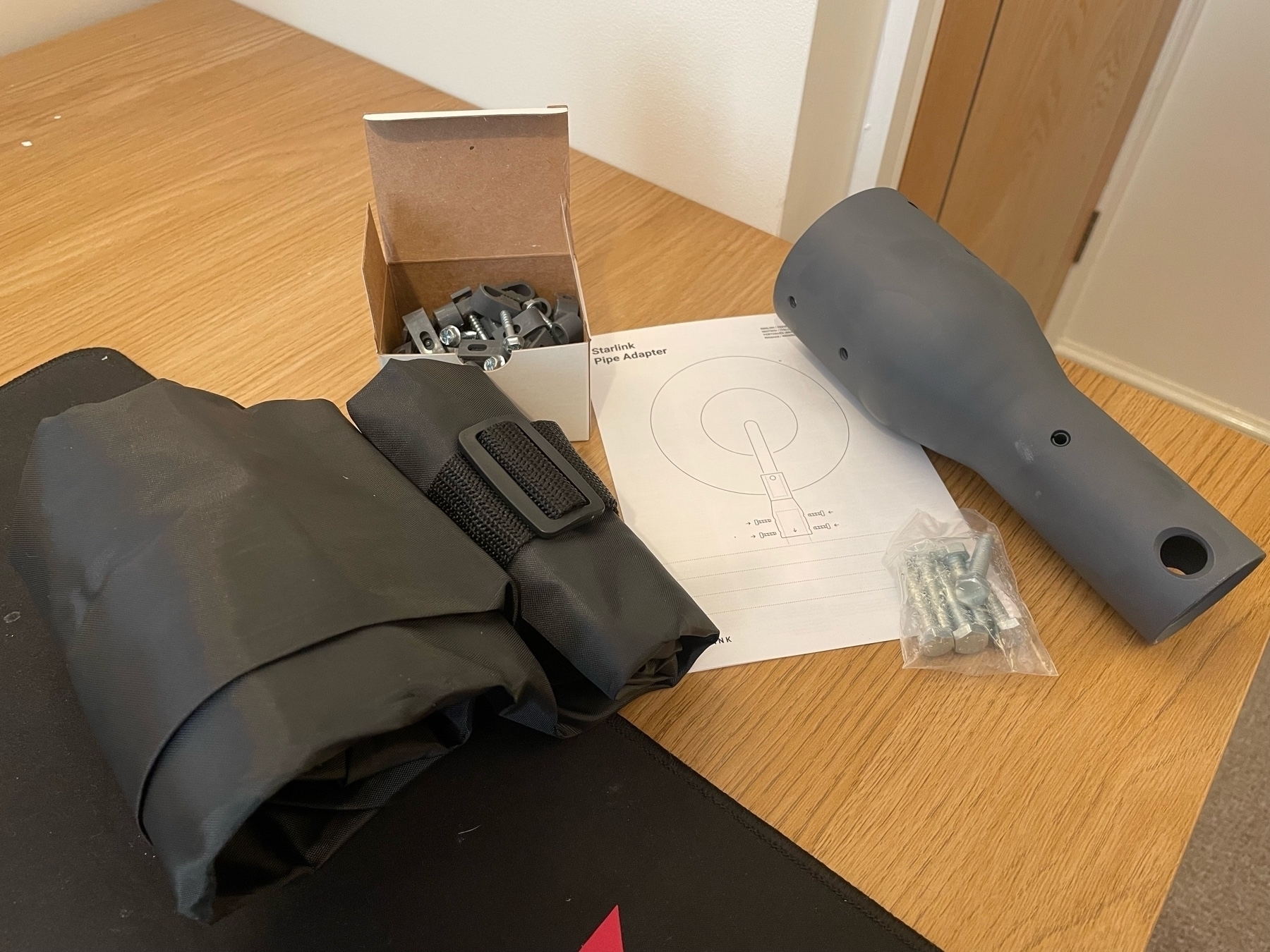 So how long until the "work from home if you can” mandate? 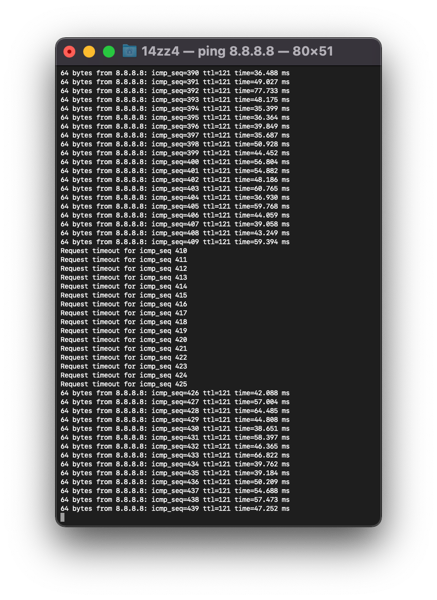 This seems like a pretty good deal. Anyone use an Elgato Facecam? I miss my Brio but hated the software, perhaps this is the answer.

Since installing Dishy in the back garden on Friday things have improved really quite a lot. While I was really surprised how quickly we were up and running after installing, there were enough drops and packet loss out of the box for it to be a problem when streaming. After about 12 hours it was possible to see the obstructions visualisation in the App and this showed some slight obstructions to the west, which I think was probably our conservatory. I moved Dishy about a foot and a half to the East and that seems to have solved it, there’s now no warnings of obstructions or any red shown in the visualisation.

Still a bit baffled that the service actually works just sitting on the ground in our garden, but if there was an optimal direction to point, North would be it! In the long term, it of course wouldn’t be ideal to leave Dishy in the middle of the garden - cutting the grass and people walking in front of it would be a problem. But I’m pleased it is working well and it is helpful to know which direction it homes for if we were to install permanently.

The packet loss and drops have all but gone away now and the service is super stable. It’s not absolutely perfect, there’s the odd ping that goes astray, but very infrequent. Latency remains about 37ms to 1.1.1.1 or 8.8.8.8 which is good. As with latency, Jitter is obviously a bit of a casualty given the type of service Starlink is and varies between 15ms to 45ms. On my VDSL service Jitter is rarely more than 10ms. In practice and given our use, this is not exactly a big deal.

Speed is of course the improvement that we notice most, in almost every speed test it exceeds 200Mbps down and 15Mbps up. Sometimes reaching 300Mbps down and 45Mbs up. This is of course really good, especially considering what is actually happening to make that possible. It’s not perfect mind and because of the latency it can take time for a download to reach the highest speed and even then it can be quite variable. Cloudflare Speedtest is good at demonstrating this, it has really useful candlestick graphics. Y’all need to stop using Speediest.net already.

Would be very interested to understand if there’s any wan-op style black magic voodoo happening to help with the statistics and user-impression of the service. This used to be quite common with older satellite services because of the extreme latency. I don’t really think there is though, you can operate the service without the provided router (just using Dishy) and Dishy doesn’t have any major processing built-in (see teardown). And to do that kind of magic you'd need equipment and both ends. Having worked a lot with SilverPeak a few years back, I would love to have been able to run some optimisation over Starlink to see how much it can improve TCP connections.

On the LAN-side of Starlink I have connected the ‘AUX’ (which is really just a LAN port) of the Starlink router to my home LAN. This has allowed me to us my Ubiquiti UAP-AC-Pro Wireless APs which provide much better coverage of our house and to connect everything. It’s not possible to configure anything on the Starlink router, but luckily it uses the same IP configuration as my VDSL router, so I simply swapped them out. The AC-Pro APs can’t quite use all of the speed provided by Starlink so I may have to move to WiFi6 at some point. Connected to Ethernet, it’s obviously really good. I used to rely on my ISPs usage monitoring but no such thing exists with Starlink so I’ve thrown my EdgeRouter X in between the Starlink router and the LAN as a managed switch. This reports to LibreNMS which I have had running on a Raspberry Pi for a couple of years, not great, but will do for now.

Before the 30 days return window is up I think it will probably make sense to try and run dishy from my Dad’s who also lives in High Halstow, just to make sure service will work there when we move. I’m pretty sure it will because it’s possible to order a service, but won’t hurt to try. We still don’t have a move date, which means it’s now likely to be 2022. Mounting dishy on the new house isn’t going to be particularly easy, the back of the house is south facing - sure it’s possible with some creativity. I need to arrange for a local TV/aerial guy to come and install a Sky dish properly anyway, so makes sense to do both at the same time. Of course, need to commit to actually having it in the new house.. VDSL there should be about 60Mbps down which is a big improvement to here… I may see how we go without a broadband connection at all in the new house to begin with, we’d obviously need to commit to a contract.

That’s all for now… Very happy so far. It really is very impressive and the geek in me is excited at being able to use what is undoubtedly going to be a game-changer for global internet connectivity, especially in remote locations.

Reliability hasn’t been perfect for streaming. Last night it was dropping every now and then, in a FaceTime call it is pretty easy to notice the brief interruption. This was in both directions. Could be the obstructions or it settling in, hopefully it’ll stabilise.

Latency is pretty incredible considering how the thing actually works. On VDSL it’s <10ms to 8.8.8.8 but with Starlink it’s ~36ms. Unnoticeable in normal use. Jitter is not as good either, but to be expected.

Upload speed has been pretty variable, peaks at 44Mbps but usually max is 16Mbps. Online backup seeded 37GB in 8 hours. Upload speed obviously not its strength but better than VDSL. Need to setup my router to monitor properly. I have a Ubnt EdgeRouter X somewhere that’ll work. 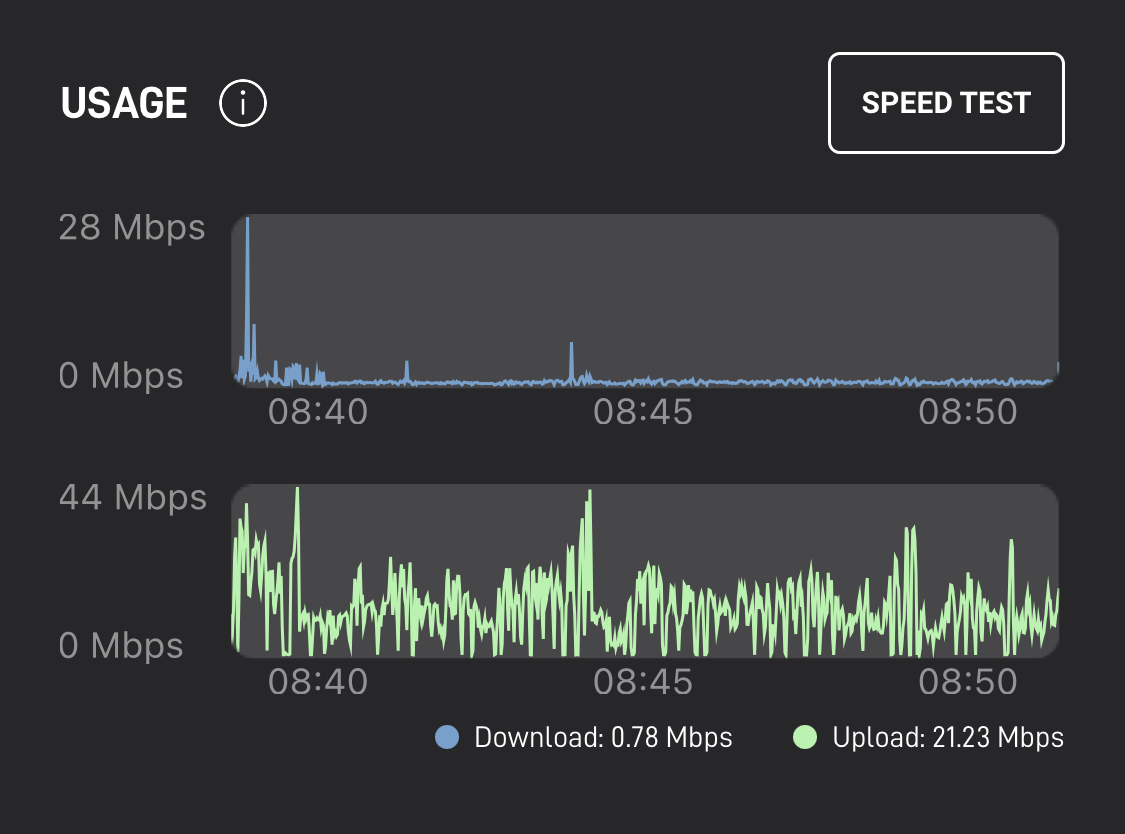 So overnight Dishy has settled in to its new home. Has now reported obstructions too. Some to the west which is probably the top of the house. Could solve by elevating but I’ll probably leave it until we move house. Very surprised it works just sitting on the lawn!!

So far, so good! Hooked Dishy up about an hour ago, just on the lawn in the back garden. Expect it is too obstructed and will need to go on the roof but seems to be working. Fast! 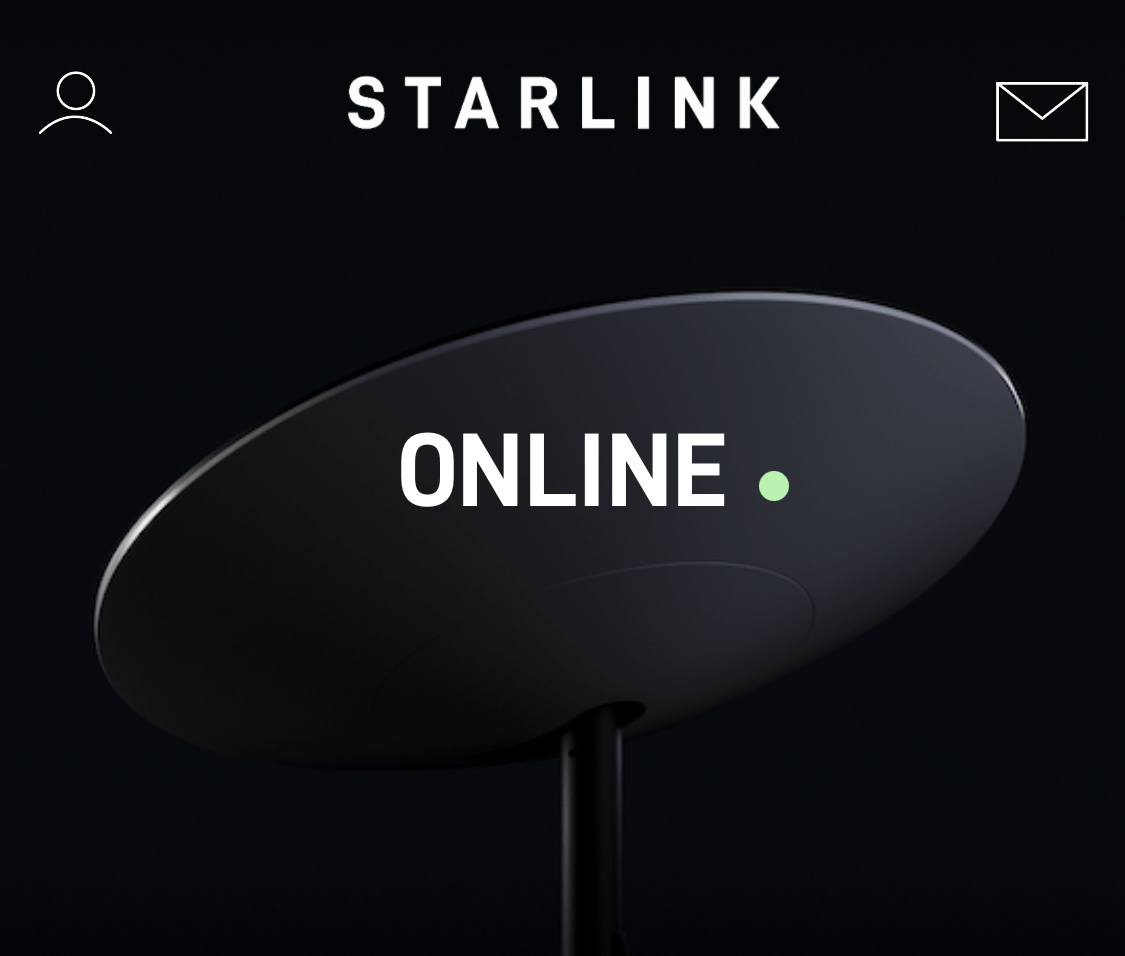 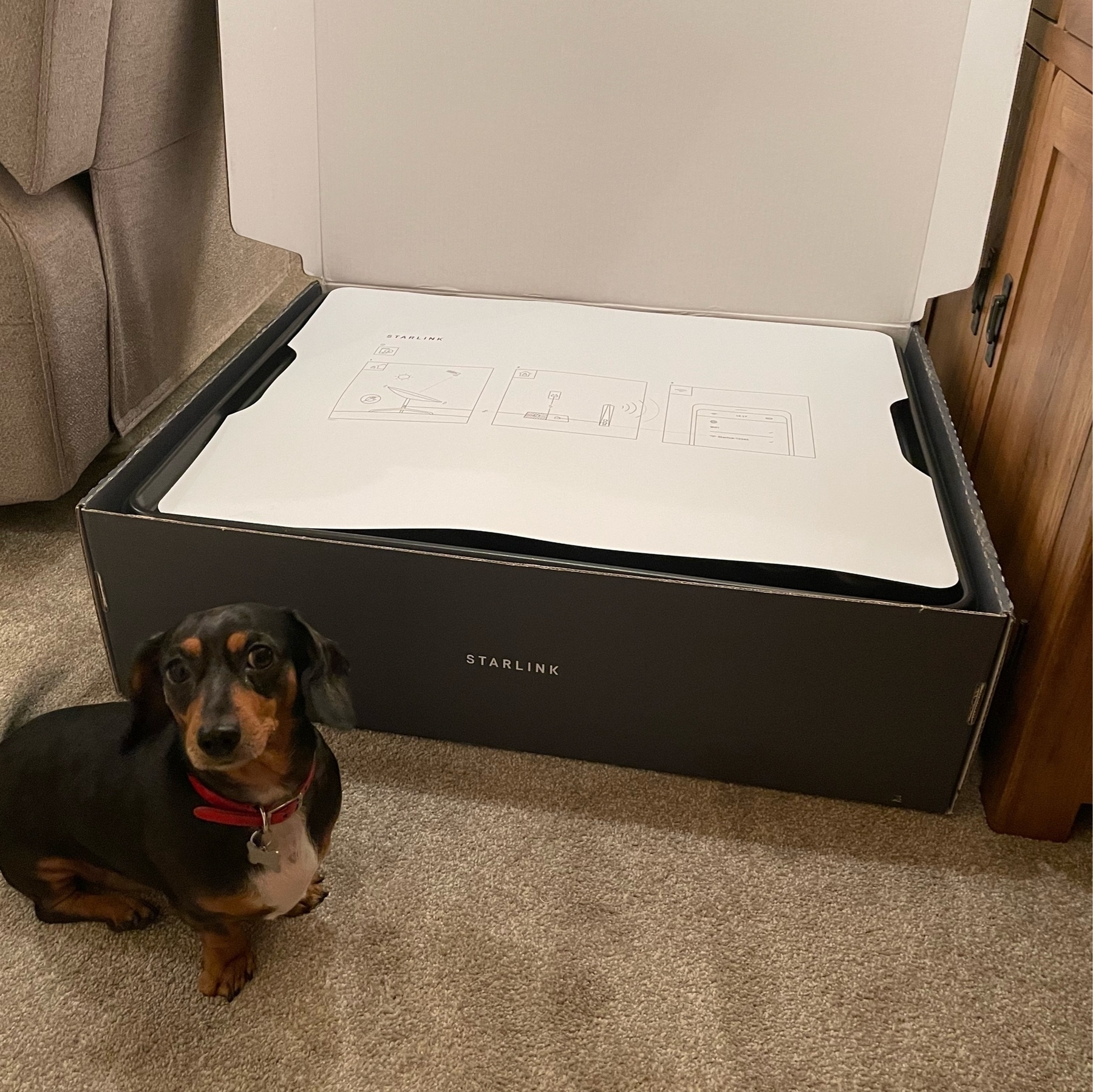 I love anything and everything pineapple. 🍍Somehow never made Pineapple Jam though. Until today! Fingers crossed it comes out edible. 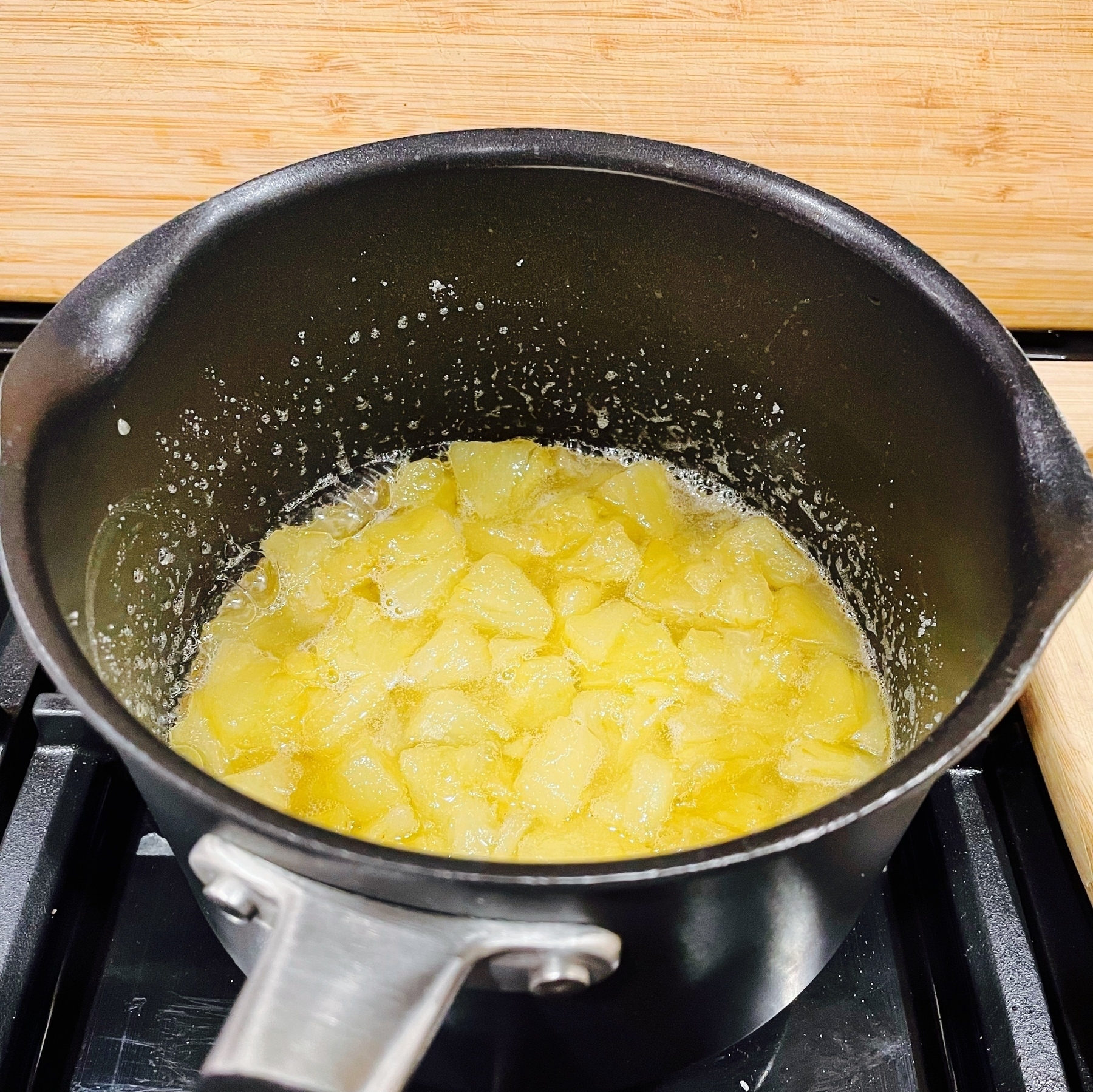 Broke the seal yesterday, first beer as a Dad. Absolutely worth the wait. So lovely! 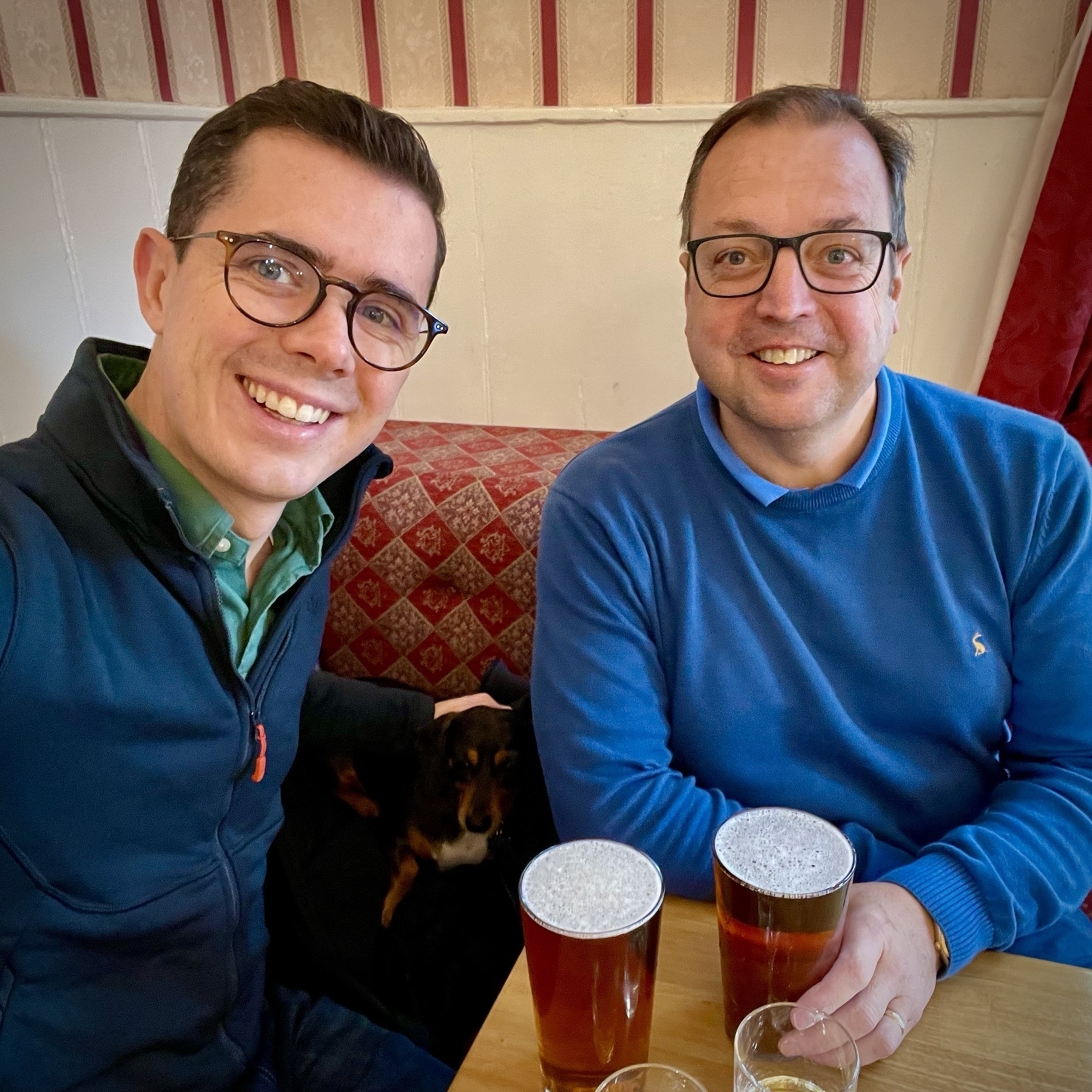 It’s been the most amazing day.

We’re Mum and Dad to the most gorgeous little baby girl. 👼 Couldn’t stop crying with happiness when she joined us. Best day of my life.

So proud of Mrs A for everything, she did so, so well. She’s going to be the best mum.

We’re currently at home but everything ’started’ 48-ish hrs ago. Hopefully baby will be with us this weekend. We’ve spent a little time at the hospital checking things, all is fine, just happening slowly. Mrs A is doing well. 😌

The busiest event on the club calendar! Luckily we managed to get a spot to sit and enjoy the show. 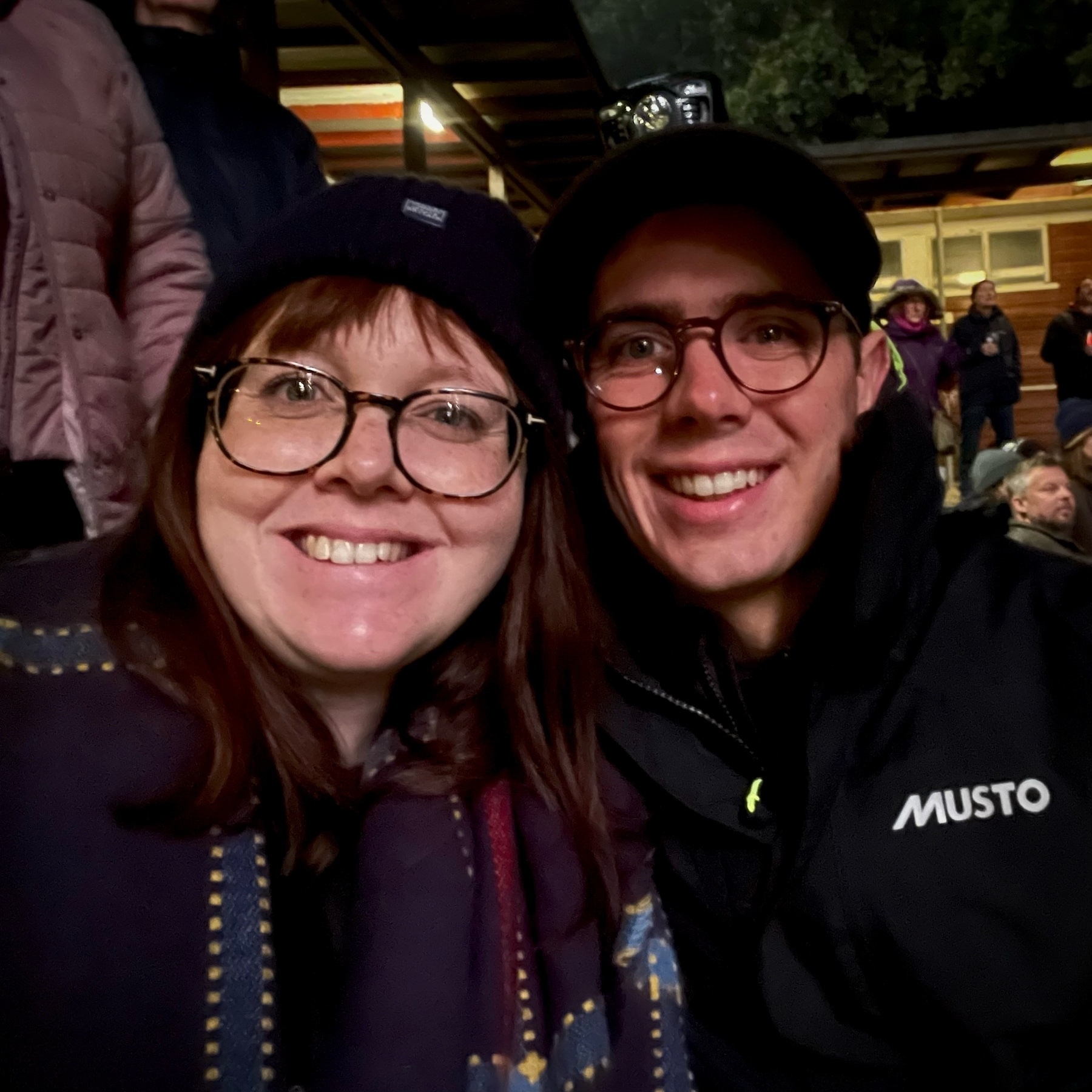 Beginning to wonder if Starlink dish is going to arrive before we move house. Really don’t want to have to change to deliver location and cause a delay ☹️

Just need to wait for the Valuation now. So far, everything is moving along nicely. 😁