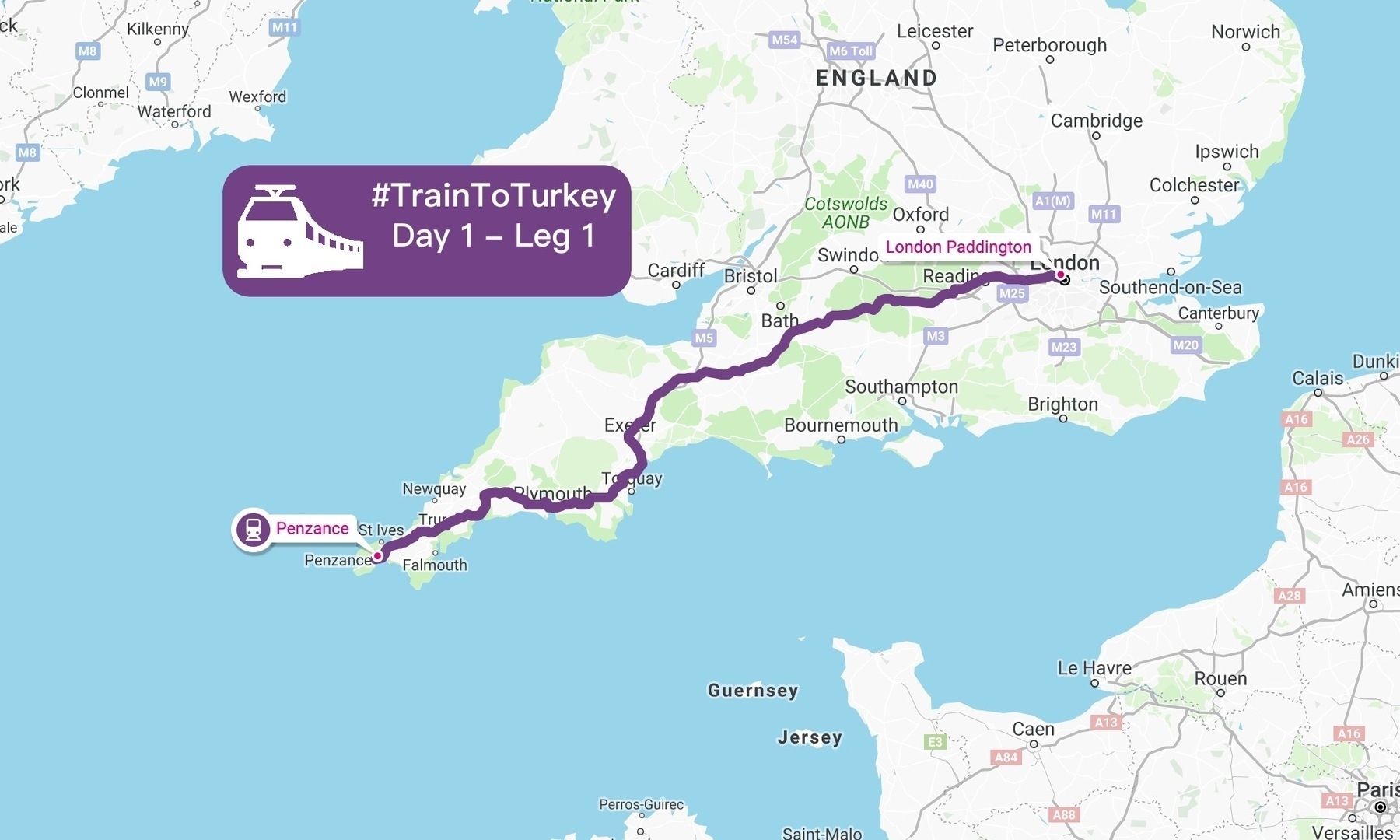 We’re on our way! The weather in Cornwall was fantastic, a tropical 25℃ with unspoilt sunshine, it better stay like this across Europe, we’re going to have a mega time if it does. Before we could get going with Leg one we needed a final positioning trip to get to Penzance, we travelled as a four so we could be waved off in proper Cornish fashion, with a G&T! Before we get to that it was time for something new, on the train we had a brand new beer from Padstow, Freddy Has Landed, not a bad beer but not to my taste and was stronger than it needed to be at 6.6, still no complaints. We chased that with a Frog Brothers from Black Flag, a much better beer (in my view). The train was pretty quick, it’s less than an hour down to Penzance and that goes very quickly when you’re passing such stunning views of Cornwall. 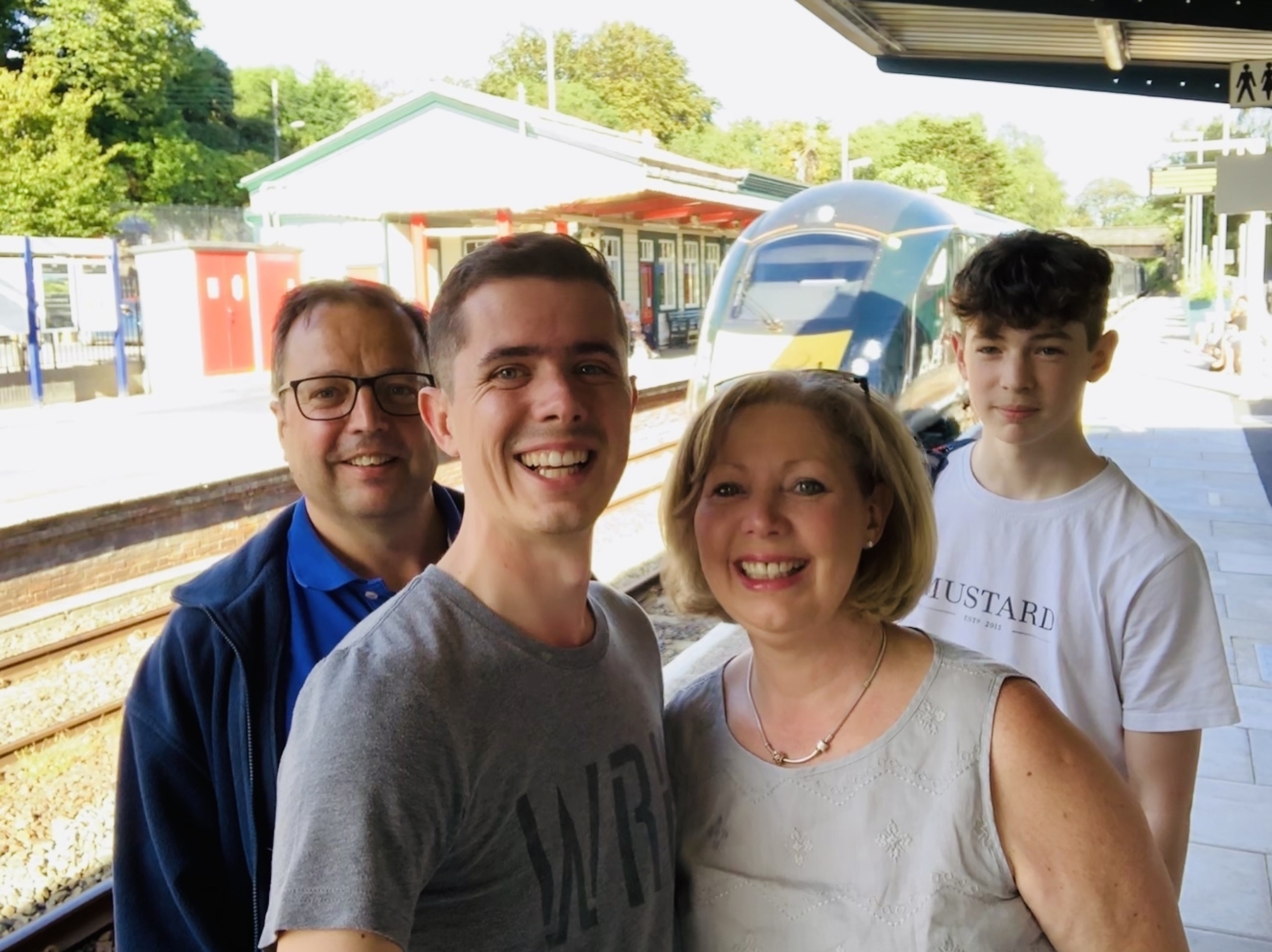 Once we were in Penzance we headed into town for a goodbye meal, the first pub was a let down but we eventually found our way to The Turk’s Head on Chapel Street. Now THIS was a pub, absolutely fantastic line up of cask ales with that real pub feeling. Regretting that we didn’t just come here first we set to work with a perfectly served pint of Bath Ales Prophecy, a wonderful light pale ale which is remarkably similar to St Austell’s Proper Job before it changed. The pub reminded me that I still need to write my scoring matrix, I’m confident this place would have done very well. After a bit of a rushed but perfectly served dinner we headed down to the station and en-route had a quick paddle in the water, as you do. 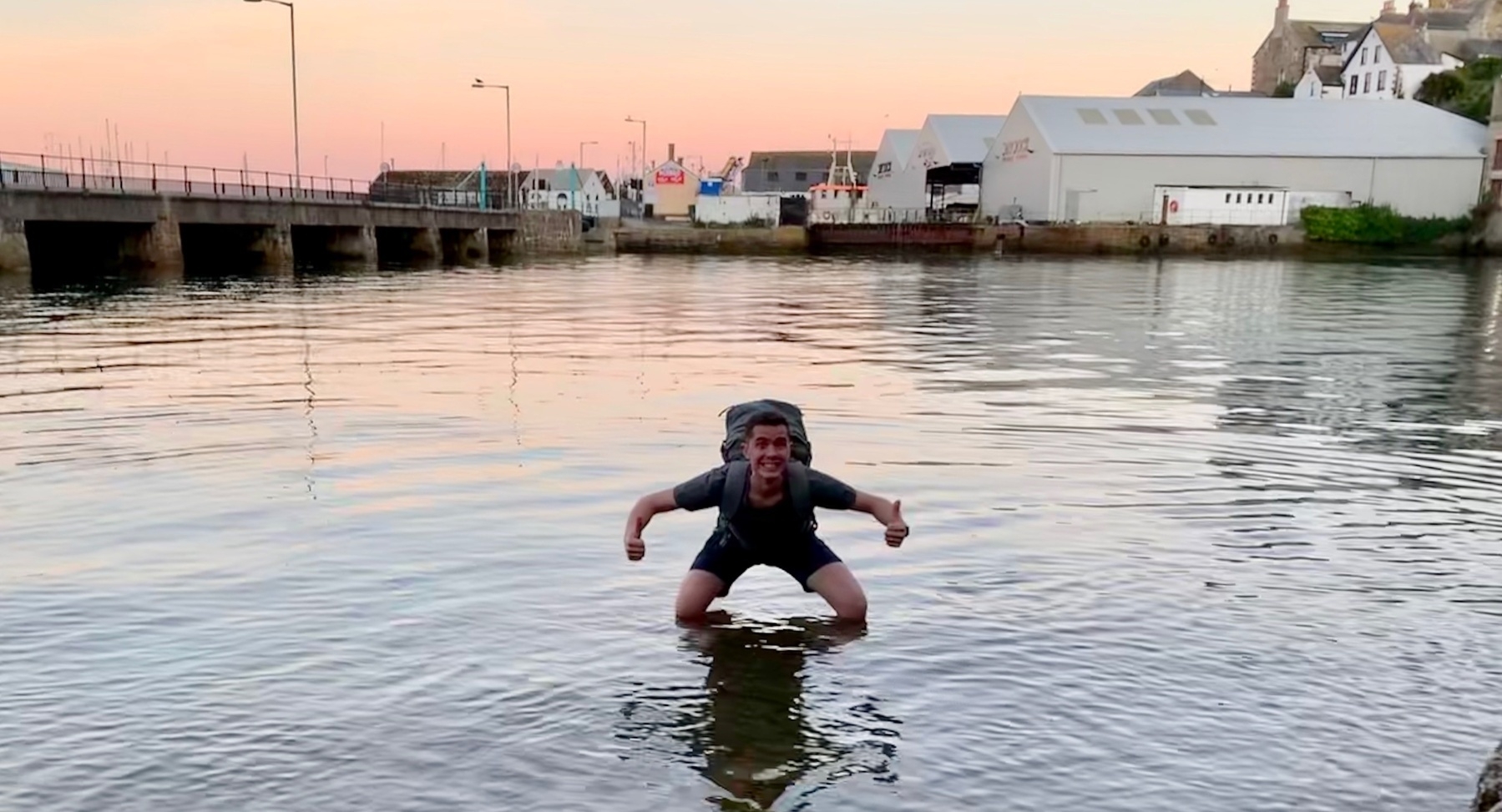 When we got to the station the sleeper train was ready and waiting for us, we weren’t mega early so we had to run to the front for the obligatory photo with the engine. We all boarded and jumped into the onboard lounge bar, which was all new since we last took the sleeper. Newer isn’t always better and as lovely as the lounge looked, with sofas and cute little two seater tables the old one was much more comfortable, fun and nostalgic. The old one had tables service too, which sadly is now a thing of the past!

We shared some lovely Tarquins and tonic and as the train pulled away were officially on our way! A week of trains and travel awaited us (and we were pretty excited about it!). We set to work filling out our Interrail passes, making sure not to mess them up before we’d even got on our way. As the train made it’s way we were spoilt with the most stunning sunset and red sky across Cornwall, not bad at all. At St Austell we waved goodbye to the parents and (now a little worse for wear) I decided to get off and say goodbye, luckily the train wasn’t in a rush! 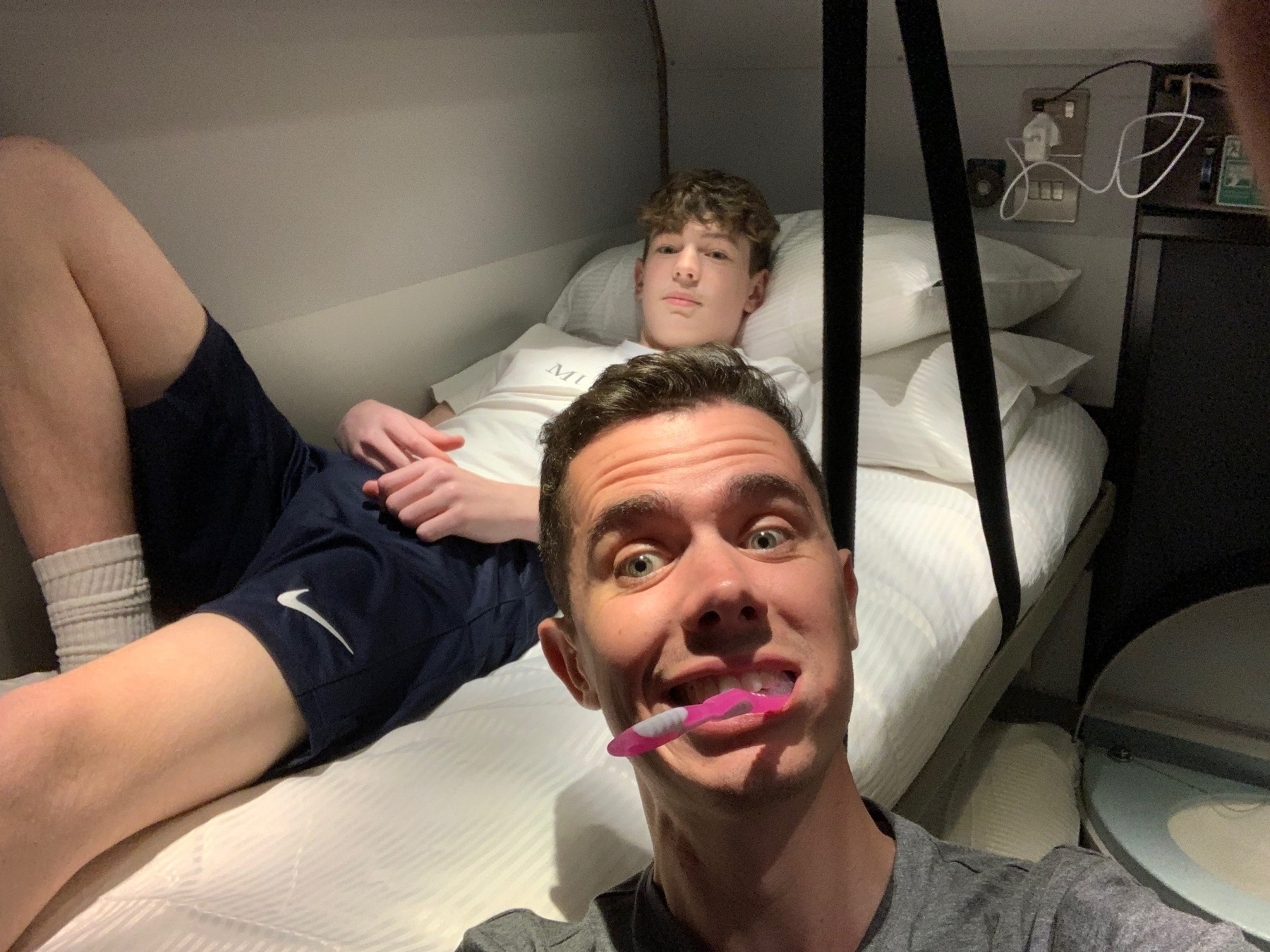 Now on our own we headed to our cabin and got ourselves some sleep. I was on the bottom bunk and it didn’t take too long before I was fast asleep which isn’t something that usually happens on the sleeper train! A few bumps in the night but nothing really to report, 7 or so hours after we left Penzance we were woken up to a bang on the door where Jean, our attendant had our breakfast and tea ready. We were in London, easy. This really is the best way to commute between London and Cornwall, while I enjoyed the 4 and a bit hour trip the day earlier waking up and being where you need to be is just fantastic. Long live the sleeper. 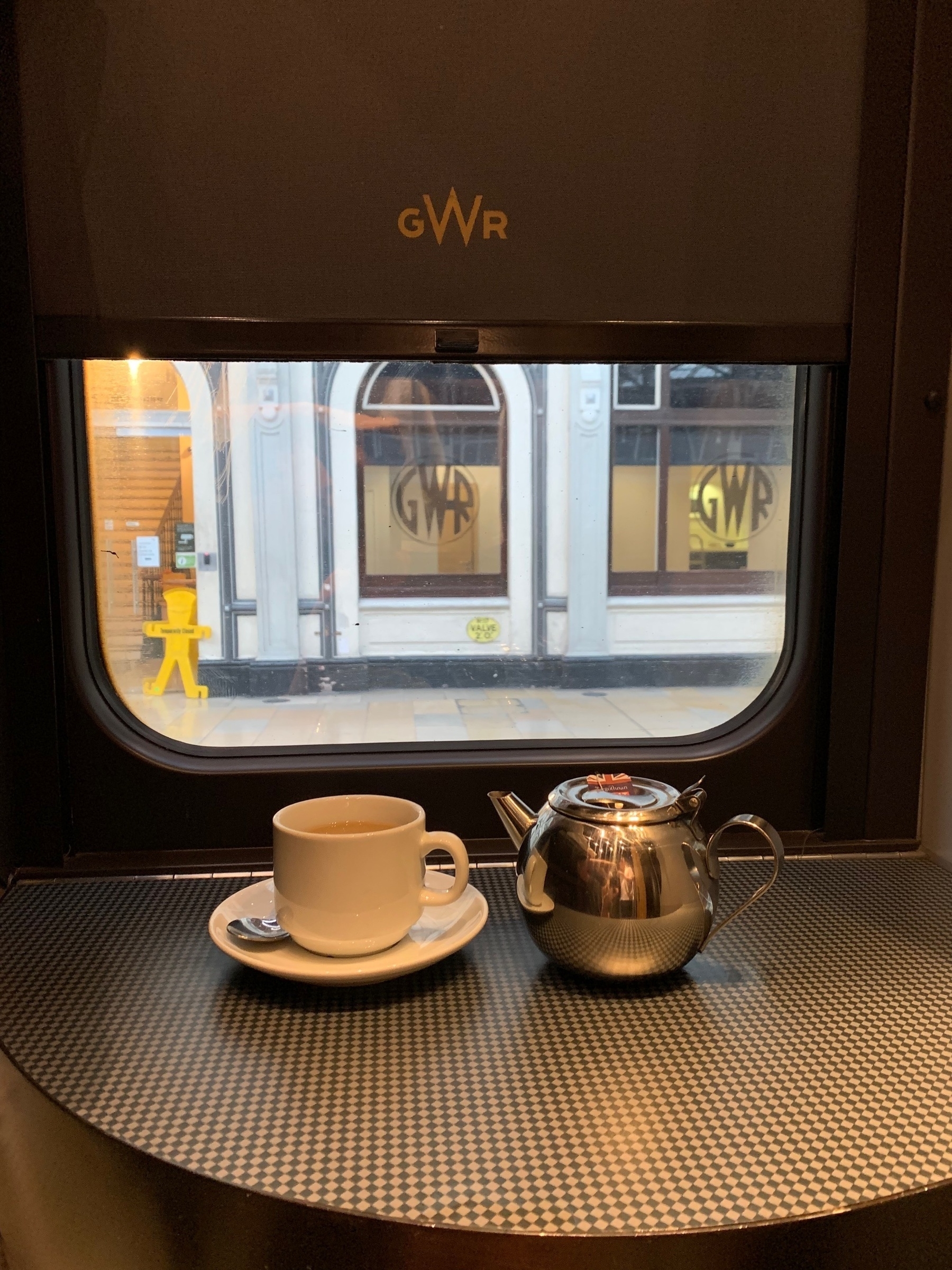 After a quick shake up we were ready to get going, 6:30am and on to Leg number two!