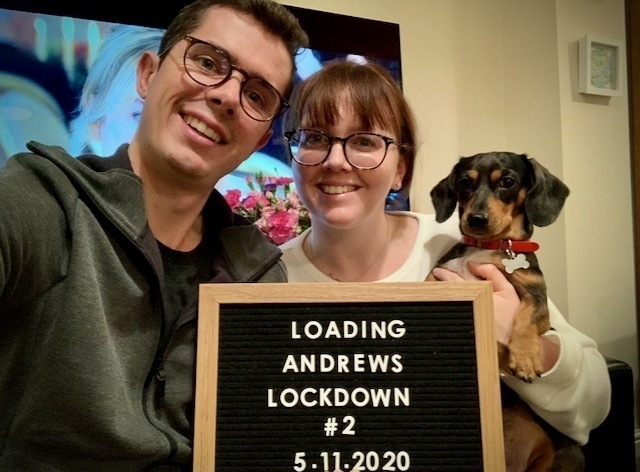 Well, so much for hoping that this would all be over by August…! Welcome to instalment three in the Coronavirus blog series. Since the last blog things were slowly beginning to open up following the original spring lockdown and while life certainly hasn’t been normal, it has become the ‘new normal’ to use one of my most disliked phrases. The rough timeline since my last post is that on the 10th of May gyms and shops were permitted to open back up and a few months later in July, pubs too reopened along with the welcome news that families can once again visit and stay. Like many others, we were a little hesitant to stick our heads out above the fox hole, but after a long few months of what had essentially been isolation from the outside world we certainly weren’t complaining.

The latest news that prompts this post is that following a sharp increase in cases, dubbed ‘The Second Wave’, we are once again being plunged into another full-scale nationwide lockdown, set to begin on Thursday 5th November. This is not a great surprise, many had predicted from the start that while things may subside in the summer, it’ll all be back in the autumn and winter, as people being to spend more time indoors and flout distancing rules. I was beginning to hope that the threat of a nationwide lockdown had gone, replaced with the very-recently-announced regional three-tier system. It seems that despite the government having months to come up with that concept it was all just a bit too late. Things are set to be a little different this time around, most significantly because schools are to remain open - most likely because of the exam result fiasco that Owen was impacted by. How keeping schools open will change the duration of this, only time will tell, but since it’s now evident that this isn’t going away quickly it seems to be the only sensible course of action.

In terms of statistics, things are all a little different from the first post, in the UK there have now been 46,717 deaths and while that number isn’t climbing rapidly, it is expected to very soon. The death rate naturally tags behind the case rate and that is currently off the chart high, somewhat attributed to improved testing. There has been noticeable improvements to testing over the past months, it now exists and does so on scale, it doesn’t seem to be perfect, but it’s there. Victoria and I have both had tests done, I had an antibody test privately though work (which was negative) and had a got-it-or-not before I went into hospital for my ear (more on that later). The antibody was a blood test and the got-it-or-not was a cotton bud to the brain - which was incredibly unpleasant. To our knowledge, neither of us have contracted the virus and we haven’t shown any symptoms either. We have however noticed that as a result of wearing a mask, sanitising our hands and reducing use of public transport we have basically not been sick at all, no colds, coughs or stomach bugs in this house!

So yes, lockdown 2.0, frustrating news, but we are ready again to do our part. We’re stocked up with food, have all the creature comforts we could ask for and a 4K UHD subscription to Netflix. It’s not like I’ve got to pack up off to Belgium to fight on the front line, we’re sitting at home binge-watching box sets and smiling on Zoom calls, not exactly a massive hardship. But we’re very lucky, we both have our jobs and are able to take some punches, there are people out there that are suffering following the loss of their job or similar and I certainly feel for them. This time round the lockdown is going to be a bit more difficult, I remember remarking in March that “It could be worse, we could be in lockdown over winter” - a dog walk in the morning March sunshine was something to look forward to, the same in November’s wind and rain will be a whole lot less novel. Small things like that make a difference and without them it’s going to be a struggle, we’ll very much be on submarine HMS Galleon Way, with no immediate plans to resurface. We do however have Christmas to look forward to, in whatever form that may take, it’ll be one to remember, that’s for sure. Oh and the US Election is this week too and that is certain to result in some entertainment.